My Dear Douro – Everyday I feel more proud of being from the Douro. 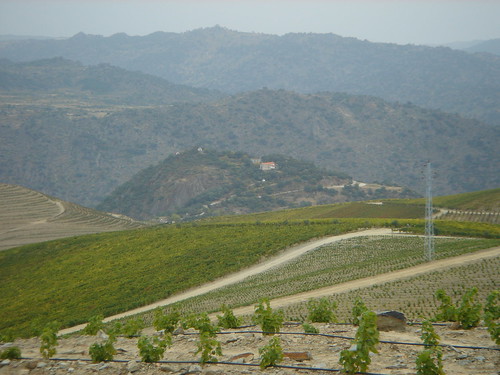 This stately landscape that makes the senses stagger easily , feeds the soul and give us energy to live every day. The Douro so majestically described by Miguel Torga, João de Araújo Correia and other poets from the region not so well known but with sonnets not less felt.

The river, with the same name of the region, Douro, marks determinately the landscape of the valley. Until some decades ago it run untamable and wild down the valley. Since the dams were built, it got quieter and with a controlled volume of flow. Not scary anymore.

Here in the Douro we also have the wonderful Port and Douro Wines. The first one is our official ambassador abroad, and the table wine from the Douro is going in the same direction. It just need some more time, yet Port has 300 years in advance.

But for me what makes Douro special is its crowd. Persistent, shrewd, hard-workers, never giving up either in tough times. And there were some difficult days in all these years.

This is the region I belong to, it is with this people I feel myself identified, and I am very proud to say I’m from Douro!