5th Place in the PORTraits Feature Organized by ForTheLoveOfPort 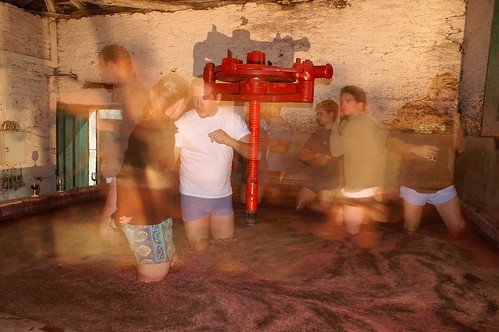 Roy Hersh in the ForTheLoveOfPort web has recently promoted a feature called PORTraits. With the aim to create a compendium of Porto, Madeira and Douro pictures, the feature was free open to all who want to share their little treasures. The challenge finished mid December and the winners were announced in Roy’s newletter of January, issued early this week.

There are over 850 pictures in the photobase, some definitively very impressive. Take a look, it is worth. I was lucky to win the 5th place with a photo taken during a treading of grapes in Quinta das Aranhas. Ah, and I will also get a nice baseball cap with a bottle o Port and a ForTheLoveOfPort inscription.