The single most important thing we learned from our ancestors was that the wine shall be made in the vineyard. Does not matter how good and lucky you are working the grapes at the winery, if the origin of the grapes is not the best, then there is now way you will make the best wine.

Then it comes a second statement, vineyards tend to be consistent in terms of quality, but there is not a single location that is always the best. So, make sure you have different locations to grow your grapes, not all in the same spot.

These two ideas help to explain why producers in the Douro need to grow grapes in different areas, at different altitudes and why they plant a large array of grapes. Navegate thorough our quintas to see what makes each one unique. 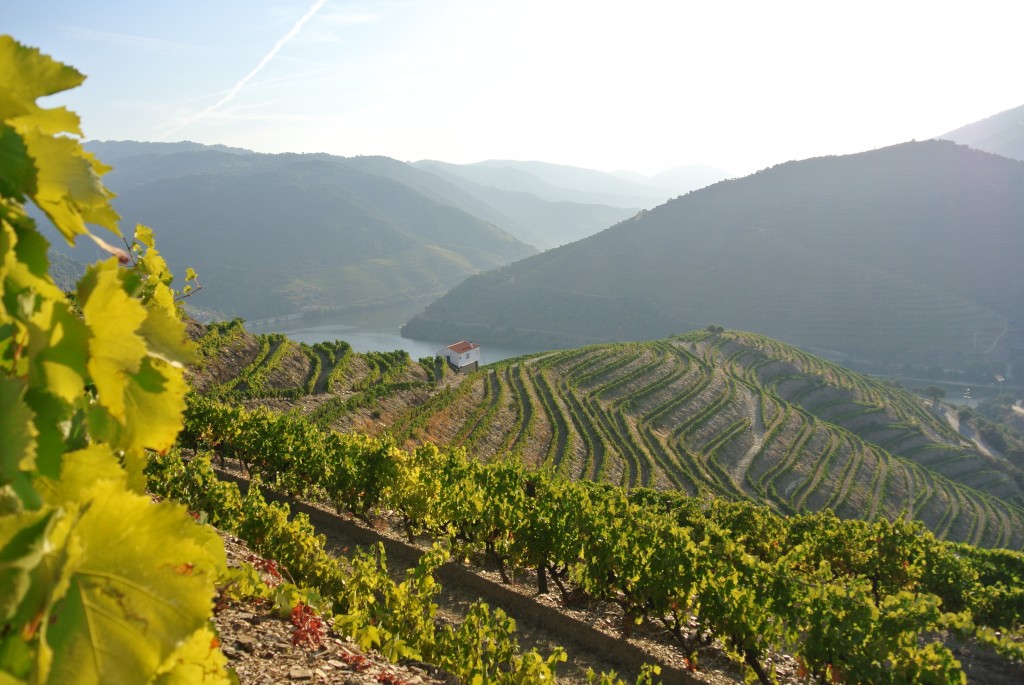 Agodinho is the centre of all our attention in terms of vineyards. Located in the fantastic valley of Ferradosa, in the Douro Superior, where the left bank of Douro river expands to create a false stream, this property is the backbone for out top wines and Ports. In terms of steepness, the property varies between 30% to 55% steepness. The soil is composed by schist, which is a soft rock that flakes easily. While the lower part of the vineyard is 102 meters above sea level, this 20 hectares property elevates on the hill up to 265 meters high. Bought with no more than several almond trees, this quinta was fully planted with vines in 1983. The rootstock used was the R99, very popular at the time, varietals are field blended as used to be traditional in the Douro. The vine training system adopted is double Royat. The predominant variety is Touriga Franca with 40% of the total area, followed by Tinta Roriz with 35%, Touriga Nacional with 10%, Tinto Cão with 10% and Tinta Barroca with 5%. The wines from this property are rich, full bodied and quite complex.

In the middle of the property there is a small schist house. The ground level of that house is used to park tractors and tools while on the first floor we have a room to host lunches, tasting and long and relaxed conversations. 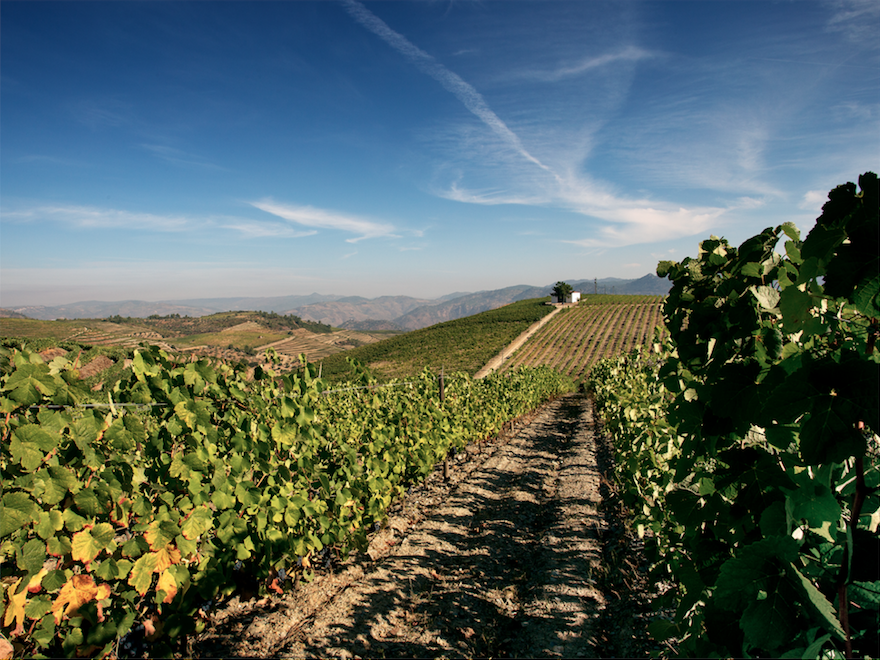 The grapes we get from Trovisca are used to make diversity of wines and Ports: 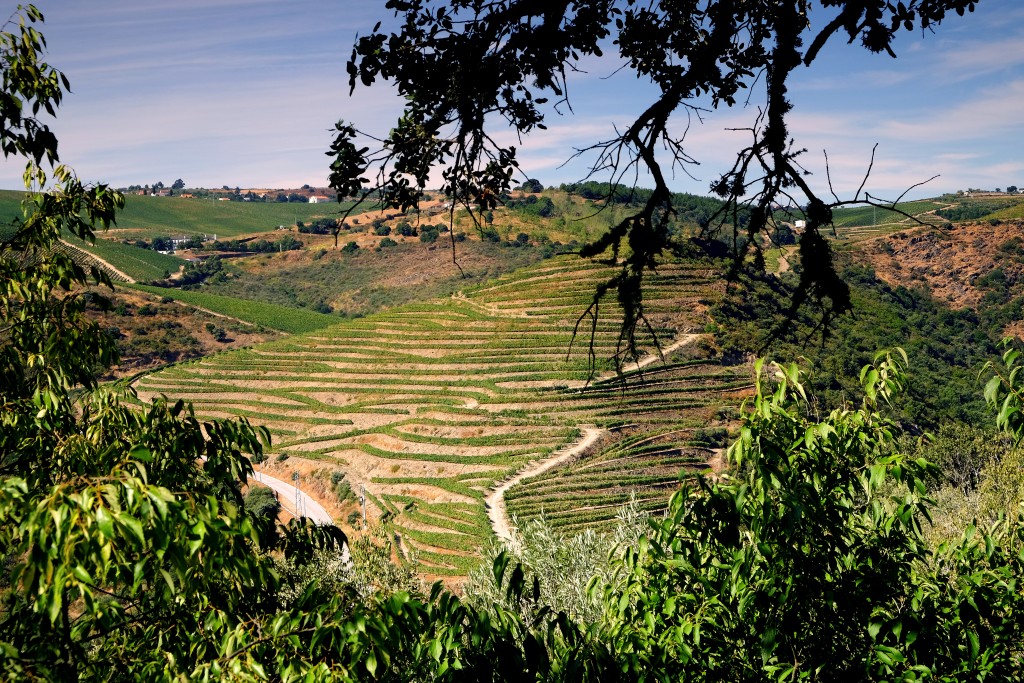 Valeira has certainly one of the most beautiful viewpoints of the Douro. It is located right where the Cima-Corgo finishes and the Douro Superior starts. Acquired by Quevedo in 2014, this 27 hectare (ha) property was planted in 2006 with a total of 9,68ha, has 5,02 ha of Touriga Nacional (representing 52% of the total planted area, with 18.332 plants), 2,15 ha of Touriga Franca (22%, 7.287 plants), 1,34 ha of Tinta Francisca (14%, 4.010 plants) and 1,17 ha of Sousão (12%, 4.290 plants). Located between 428 and 495 meters altitude, temperatures never get too high as this is a well ventilated location. The schist on the soil helps water to drain and retains the heat on Summer days, and releases it back during the night. The vine training system is cordon the Royat.

With this new vineyard, we expect the Touriga Franca and Sousão to bring complexity and intensity to our LBV, complemented with the freshness expectable from Tinta Francisca. The Touriga Nacional apart from the LBVs will be used to express elegance in Oscar’s red blend.

If there is a place in the Douro where you think you can touch the sky with your fingers while washing your toe in the river, this is it. Look north and you will see the Douro river, almost like a stream after crossing the Valeira dam. A little bit down the river you will see Quinta da Alegria. To the right of the dam is the Cachão the Valeira, the narrow elbow of the river where J. J. Forrester lost his live when going back to Pinhão by boat with D. Antónia Ferreira after spending the day at Quinta do Vesuvio. On the south you will find the vast green carpet that comprises Quinta de Cidrô.  And as you look around you find many other beautiful quintas surrounding the property. 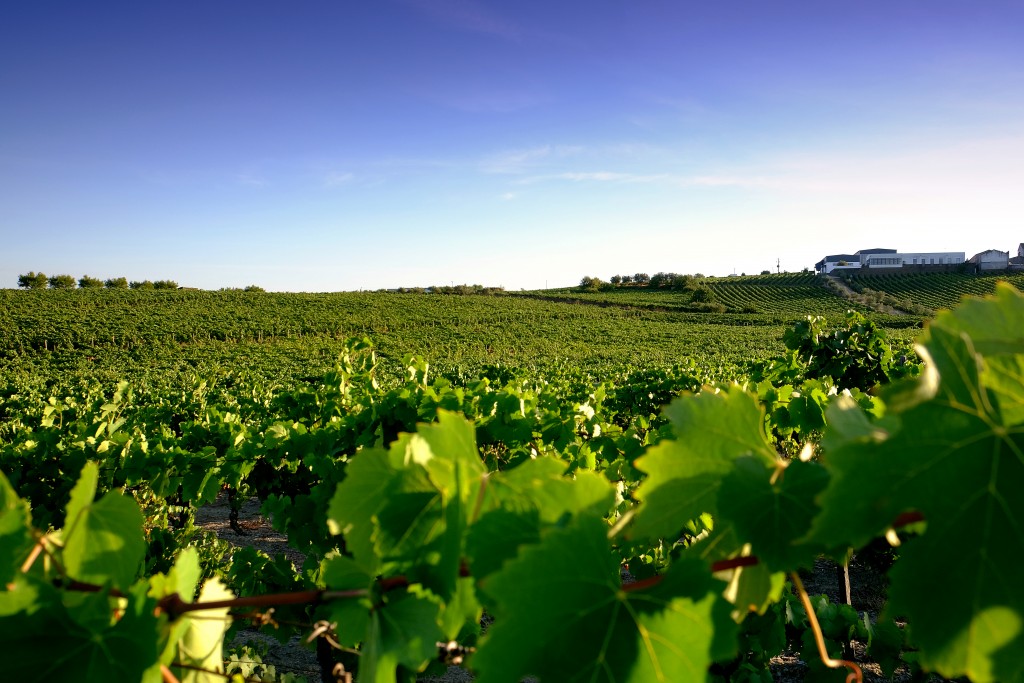 High up in the hill, 611 meters above the sea level and surrounding Quevedo’s winery, is located the oldest property planted in 1960 by João Quevedo. In this field blend vineyard of 9,8 ha, where we estimate the following percentage for the planted varieties: 35% Tinta Barroca, 25% Touriga Franca, 15% Tinta Amarela and 25% for other varieties. Due to the long age of these vines in this vineyards the vine training system is Guyot. This was the traditional way of training the vines in the Douro, until the 1980s.

Because of the location, on the plateau of S. João da Pesqueira, the vines tend to be the last to be pruned and harvested. The higher altitude of this location helps temperatures never to reach too high levels, which translates to grapes into higher acidity levels. For this reason, the wines made with grapes from Senhora do Rosário are elegant and fresh, producing the base for our aged Tawnies.

This quinta, located in the upper part of the Cima-Corgo region, owes its name to the chapel of Lady of the Rosary (Senhora do Rosário), located next to the property. The very old schist walls, so typical in the Douro together with olive trees planted on the edge keep the property delimited. 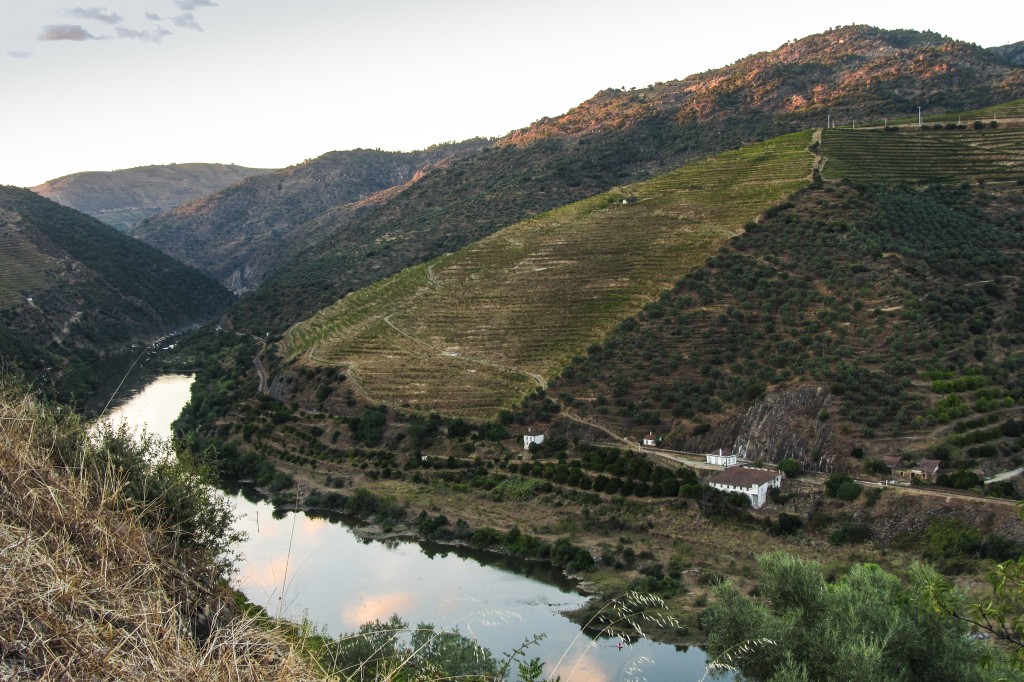 Quinta da Alegria is one of the properties (the other one is Mós) that belongs to Beatriz’s family. Its first plantation dates back to the beginning of the last century. At that time, it was forbidden to export Port Wine directly from the Douro and grapes were fermented and must fortified at the property’s winery. After the Winter, the Port would then be shipped in pipes on rabelo boats to Vila Nova de Gaia. Later, in the 80s, Joaquim Morais Fernandes together with Judite, replanted this quinta with new vines. When Judite and Joaquim passed away, last decade, the property was inherited by their sons, José Carlos, Beatriz and Judite, who keep the ownership.

On the top of this southeast facing 13,7 ha quinta located in the upper part of the Cima Corgo, we have planted 1.5 hectares (ha) of Tinta Roriz, and right below 1.2 ha of Touriga Franca both replanted in 2003. Then, between the house, right in the middle of the quinta and the railroad, we have (from bottom to top) 2ha of Tinta Amarela, 3 ha of Alicante Bouschet, 2 ha of Touriga Nacional, 2 ha of Touriga Franca and 2 ha Tinto Cão, planted in 2014/15. The soil is mostly schist with a growing influence of granite as we move upwards. The vine training is double Royat. The grapes produced in Quinta da Alegria (which in Portuguese means Happiness) are used on our Reserve Rubies and Tawnies.

There is special remark about this 28 ha quinta. It is one of the very few, the other two are Vargellas and Vesuvio, with a railroad station in the middle of the property. The railroad, which connects Porto to Pocinho, divides the cultures planted: vines above the railroad, below orange, tangerine and lemon trees, extending for 720 meters of river front.

Located in the middle of the Douro Superior, Quinta das Mós takes the name from the village of Mós, located 3mk south of the quinta. First planted in the late 80s by Joaquim Morais Fernandes, this 20 hectares (ha) vineyard was partially replanted in 2005 by the sons of Joaquim and Judite and current owners, José Carlos, Beatriz and Judite. The property is facing north, and has 1.070 meters of river front. The area planted in 2005 comprises blocks of Touriga Franca 2.5 ha,Tinta Roriz 2.5 ha,Touriga Nacional 2.5 ha and Sousão 2.5 ha. The remaining 10 ha are a field blend of mostly Tinta Barroca, Tinta Roriz, Touriga Franca and Touriga Nacional, in percentages that we don’t really know precisely.

The quinta spans from an altitude of precisely 100 meters at the river level up to 243 meters. The soil is made of schist, while the vine training is double Royat. This is also the property that suffers from the lowest rainfall level, around 300mm annual average. Due to this fact, we compensate the lack of water with irrigation when necessary. It is the first property to be pruned and also to be harvest, as the grapes get into water stress earlier than other properties located West of this. The grapes grown in Mós are part of our blend of Reserve Ruby as well as LBV.

Due to the remote location – one hour drive each way from S. João da Pesqueira – Quinta da Mós is the perfect place for someone to relax and enjoy silence. Well, that silence may be interrupted every time the train passes.