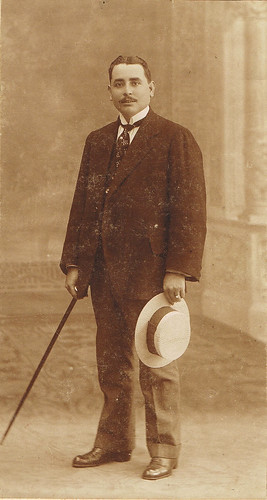 Fifty years ago today, my great grand-father Raúl passed away in Valongo dos Azeites, a village 15 kms away from S. Joao da Pesqueira. His passion for viticulture and winemaking tremendously influenced my father. I never met Avô Raúl, the father of my grand-mother Josefina, but all the stories I heard about him, made me wish to live in his house during the 40’s or the 50’s of the last century.

At that time, it was not possible that a Port Wine producer headquartered in the Douro exported his production. All Port Wine exports had to be done through the lodges in Vila Nova de Gaia, which were mostly owned by non-Portuguese families. In 1986, when Portugal joined the UE, fortunately the legislation changed and the Douro producers could start to export allover.

When my great grand-father was in charge of the winery, the international market was a kind of mirage, desired but inaccessible (due to the legal constraints explained above). Therefore, my family had to turn to the domestic market to sell its production of bottled wine. As we couldn’t sell all the production in bottles, we also sold it in pipas to the exporters located in Gaia.

At that time there was not so much specialization as we see nowadays, so the family grew other cultures, such as, olives, chestnuts, almonds and walnuts, beside vegetables and cereals for own consumption. We also made still wine, but only for local distribution because at that time still wine wasn’t very qualitative and was completely uninteresting for foreigners.

Lot of things changed when Avô Raúl died in December 30th, 1960. The property was dispersed among 6 sons, and as many decided to sell their parts to people out of the family, the grape growing and Port Wine making was tremendously compromised. Among all the sons, only my grand-mother Josefina along with her husband, grand-dad Joao, they decided to carry-over the family passion and were the only ones remaining in the Douro, dedicating their life to the wine business. 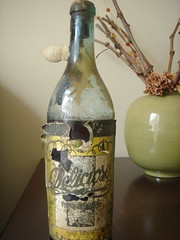 When I look for what we still have from my great grand-father Raúl, there are not that many things I can find. My parents own his last house, which we are fixing to convert it into a guest house. We still have some of the land he previously owned, but in terms of Port, the legacy is weak. How sad.. However, it slightly changed few months ago when a gentleman came to our winery and gave us an inherited old bottle of Port Wine, from Quinta de Santo António, made by our Avô Raúl. We felt as we were receiving the biggest treasure in the world. That was a tremendously historical piece that connected us to our ancestors.

Recently, as the original cork of this bottle was in very bad conditions, we decided to recork it, not closing the bottle without sipping a few drops of the wine. It was wonderful, it had a familiar taste!