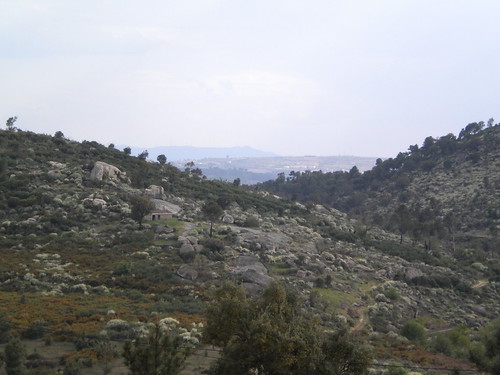 The Douro Demarcated Region spreads over a total area of 250,000 hectares, with around 46,000 hectares planted with vines. It extends from the boarder with Spain, in the Douro International area, where the river divides the Portuguese and Spanish territory, to Barqueiros, on the north bank of the Douro river.

As you may know, the viticulture in the Douro valley is very much dependent on the river. In certain zones, the Douro Demarcated Region is limited to few kilometers away from the river. This photo was taken in Linhares, a village somewhere between Tua and Ferradosa, on the north bank. The photo shows a tremendous change in the type of soil traditionally characterizes the Douro. Although being only 3kms away from the river, the soil is very sandy, predominating the granite. There is no schist or slate around, so typical in the Douro, making this a nice area to grow white grapes. 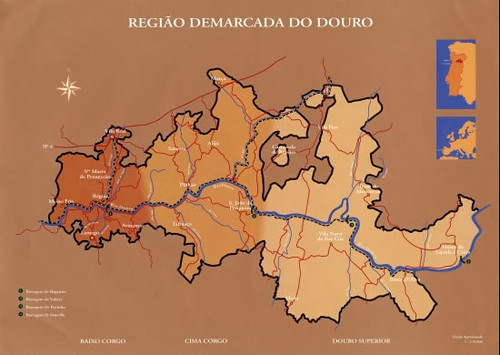 In this part of the Douro, the Demarcated Region is so narrow that the distance between the place where I took the photo (which is in the north limit of the region) and the mountain in the background (which is already south of the limit of the Demarcated Region) is only 14km. In between you can see the town of S. João da Pesqueira. I guess the map is better than words!