Estudos Durienses – Are we using the Appropriate Varietals in the Douro Valley? 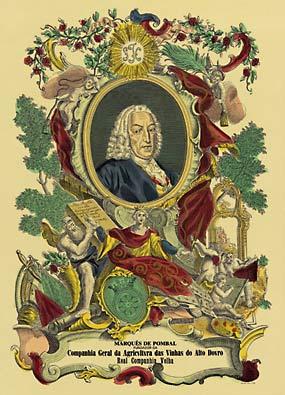 I am currently reading Estudos Durienses, a book about the Douro Valley in the 17th and 18th centuries. This book is from an unknown writer in a study made for the Royal Academy of Sciences in 1782, 201 years before I was born and many many years before any Quevedo wine was made.

I found Estudos Durienses very interesting and mandatory for any Portuguese wine lover. One of the sections I would like to highlight is about the varietals that were recommended at the time. As the author remarks, one of the difficulties wine-makers had was the color and body of the wines. Many were too light for the tastes and habits of the British consumers. This lightness had made a considerable part of the wine non-exportable. Some regulation came to force, trying to increase the quality while reducing the quantity of the wine produced:
–          Forbidding the use of manure to fertilize the vines
–          Forbidding to add elderberries to the wines in order get a deeper red color
–          Pull up or graft all the white vines with red varietals

According to the book, another way to increase the quality was using other varietals. For making a full-bodied and tasty wine, the author of this book recommends the following red varietals:
–          Alvarelhão
–          Pé Agudo Preto
–          Tinto Cão
–          Sousão
–          Bastardo and Donzelinho, added in small quantities to the formers, would give a softer and sweeter taste.

More than 200 years after this book was published for the first time, vine-growers still support the same varietals. In 2004 the Alvarelhão, Pé Agudo Preto, Tinto Cão and Sousão were grown in around 1% of the total area used to grow vines in the Douro. I would like to know how this trend evolved until these days, but I could not find any data. Do you have any idea of how have the proportions of these varietals changed with time?

In another hand, Douro vine-growers are now focusing on 5 varietals: Touriga Nacional, Tinto Cão, Tinta Barroca Tinta Roriz e Touriga Franca (representing in currently around 50%). Don’t you think we may be incurring in the same errors of other regions and losing some diversity leaving behind a considerable number of varietals that some decades or centuries ago were the preferred of the specialists? By the other end, we are making it easier for the consumer, using few varietals that he could associate to Douro wines.