Snowing in the Douro right before Christmas 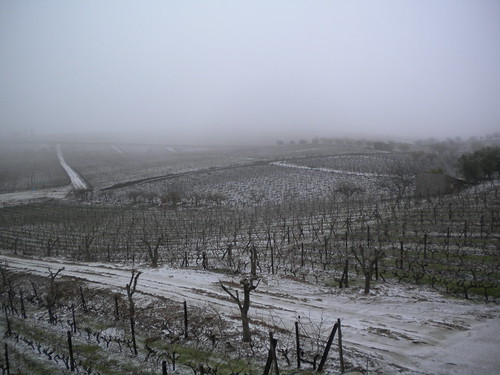 We are white again!!! After two days of low temperatures and very cold winds, it snowed in the valley. All happened tonight, probably between 1am and 6am. I don’t know exactly, as I decided to go earlier to bed so I could have time to read the addicting Port and the Douro by Richard Mayson. This morning, when I opened the blind I had this surprise: the Douro was covered by a thing layer of snow! It does not snow that often here, maybe 3 or 4 time each decade, but curiously the last time we saw snow in the Douro valley was in the last week of December 2008, so not even one year ago. Global warming or Douro freezing?!?

If you are considering to visit us these days, please don’t forget gloves, scarf and boots. We give the wine!