Trip to Niger – the wedding that will mark all my life 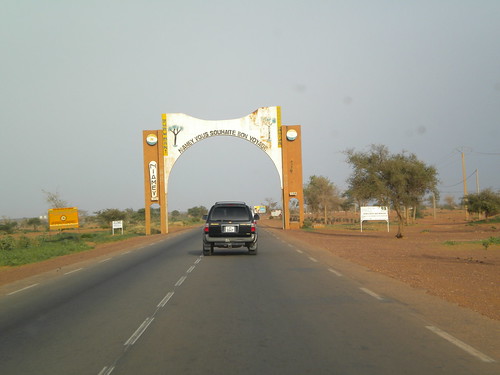 This year has been marked by a rainy Winter, a hot Summer and by the high number of weddings I am attending to. One of those weddings was far away from the Douro. Mouna, the bride, is from Niger and Andreas, the groom, is Hungarian, who I met when I was working in Madrid.

Due to their wedding, Mouna and Andreas gave me one of the best cultural experiences of my life, which I will never forget. The wedding was in Niamey, the capital of Niger, a landlocked country located in Western Africa. This was my first time in Africa and I was very excited for that, a continent with such a vast history and culture, with so many different landscapes and one of the most intact continents of the world.

Very differently from the European weddings, which usually last for half a day, celebrations of this weeding lasted for three days and four nights. It started on Wednesday with a welcome dinner for all the family and friends of the bride and groom. After eating very tasty and sometimes spicy local food and drinking a red iced tea called bissap (which I loved and brought some with me to Portugal), we started pushing the groom to the pool. For big surprise of the locals, but as expect when you start playing these games, the night finished with the groom, one of our friends and me in the pool, with no time for undressing.

On the next day, Thursday, there was a big session to paint hands and feet of the ladies, which special emphases on the painting the bride would show when meeting the groom after the religious ceremony. On the other side, men had a more relaxed day, with plenty of time to swim and play in the pool.

On Friday was the religious ceremony. As this was a Muslim wedding, I was eager to see and know how all this would be. There were plenty of differencies, starting by the dressing code: everybody on local dresses. But beside that, as the bride’s mum is a Tuareg descent, all the young men, groom’s father included, were dressing the famous turban. The turban is used by the Tuareg for fending off the desert sand and protecting the head and face from very high temperatures and strong sunlight. We were far away from the desert but to preserve local culture, we were with a turban on. The religious ceremony itself, which lasted for around 30 minutes, counted with the participation of sultans from all around Niger. Surprisingly for me, neither the bride or the groom attended to it. The bride was at her parents house and the groom in another house of the family, both located in the street where the ceremony was happening. Also women were not allowed to participate, they were all at bride’s parents house, listing to the canticles through the loudspeakers installed under the tent where all men were. The pinnacle of the ceremony happens when representatives from groom’s family, bride’s family and church discuss the dowry groom’s family would pay for marrying the bride. In the end, Andreas paid a symbolic amount for Mouna and received cows and goats from the Mouna family as gifts. It was a great deal for him!

On the next day, Saturday, and next-to-last day of our visit, was the civil ceremony, presided by Niamey’s Mayor. There I was feeling at home, as this was similar of what we are used to have in Europe. Also the dressing code was similar to ours, suits for men and long dresses for ladies. And right after leaving the house and going to the hotel where the civil wedding would take place, I understood why suit is not very popular in a country with top temperatures of 40º and humidity over 90% all the time. The party ended late in the night, or better said, early in the morning, after sunrise. It seemed hard to keep dancing all night long, but in such a nice hotel over the Niger river, hanging out with happy people that imbue you of energy, you never feel tired.

And it’s because of these nice, always smiling and happy people that I fell in love with Africa. I want to go back soon, to Niger and to other African countries. For the love of Andreas and Mouna!

Here you can find photos of all the trip to Niger. If there is something you would like leave a comment.