Will Forest Fires in the Douro Valley affect the quality of 2010 wines? 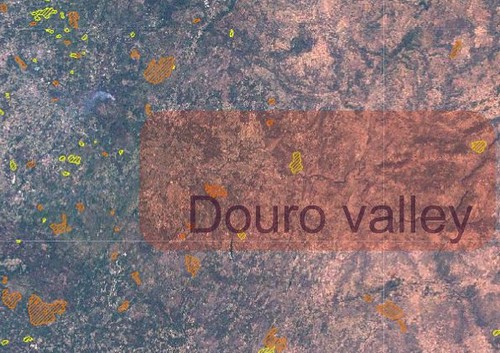 Since the beginning of the season over 68,000 hectares of forest have burnt in Portugal, around 10,000 of which were in the Douro. A part from the severe consequences of these disasters, the inevitable question now is, will the smoke of these fires affect the wines of the upcoming harvest, which should start in a few weeks? From what we saw in 2003 in Australia and in 2008 in California, there is some risk of this to happen in the Douro.

Now the situation is better, as temperatures are cooling off and the numbers of fires dropping, but in the last weeks, the Douro valley was covered with smoke from the fires, as I had never seen.

As the wines from the 2008 harvest from Mendocino and Humboldt (the most affected by fires in 2008 of the Californian wine regions) are being released, producers and consumers are finding many smoky flavors in the wines. At least more than can be justified by aging in barrels or by the character of grape varietals used. This smoky taste was not detected during the fermentation of the musts in 2008. Only after a certain period aging, has this flavor become evident. But is there a solution for it? Ii it possible to take the smoky flavor out from the wine, once it is impregnated? Well it seems it is. Some tests in Australia and USA show that using a high-tech membranes filtering process can not only reduce the alcohol content, for which this filter is mostly used, but can also eliminate unwelcome flavors from the wine. Of course this is not a solution for a small winery dedicated to make wines as natural as possible. I don’t even know if Port Wine legislation would allow us.

But if there is no reasonable solution, lets go for the good news. Studies show that many consumers not only don’t mind about the smoke, but they actually like it. But what if instead of wine, it was Port Wine? Would the higher alcohol volume combined with natural sweetness change the tasting profile? Probably not, so all we can do for now is to wait for the harvest to come and after some months aging we will see if the smoke from burning pines and cork trees, and maybe some olives and almond trees, gave some special taste to the 2010 Douro wines.

There are many blog entries on Internet about fires and wines worth to read:

A year in wine: no smoke in their eyes

Forbes: Australia technology grapes when smoke gets in wine