Wine Bloggers Conference 2010 – another great meeting, this time in Vienna 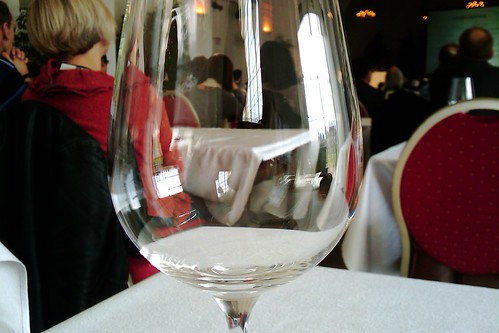 You all know that the guys on this side love social media. That’s why we try to attend the most relevant wine social media/ bloggers conferences regardless where or when they take place. There are two of these conferences in which we want to participate every year: the European Wine Bloggers Conference (EWBC) and the American Wine Bloggers Conference. While the latter is in Summer time, the European is during the Fall.

The 2010 EWBC took place last week in Vienna, Austria, having Wines of Austria agency as the main sponsor. Austria is a country of white wines, being the Grüner Veltliner and the Riesling the main varietals. There are also some red varietals being produced, mainly Blaufränkisch and Zweigelt. The climate in Austria is pretty cool, with average temperatures during the shooting of around 13º C. This compares with around 20ºC we have in the Douro. This weather conditions make wines very fresh, with very high acidity (around 7 grams of tartaric acidity per litre, much higher than the average of 5.5 grams in the Douro), pretty mineral and sharp. French grapes are also  popular in Austria, mainly Chardonnay, Sauvignon, Merlot, Pinot Noir and Cabernet Sauvignon.

Going back to the conference, this was the third edition of a conference that first started in Logroño, La Rioja in 2008, after that in Lisbon, Portugal, and that next year will take place in Franciacorta, Italy. With almost 200 people attending, 80 more than last year’s conference, there were plenty of new faces. Diversity, is probably a good word to define the number of nations there represented. One of the most exciting moment is when you finally see the face of an old e-friend, with whom you have been talking for months or years by email. The most curious of these cases was that I finally met Mariëlla, a Dutch blogger who writes in Wijnkronieken and, as far as I know and could see, a Port Wine lover!

Thank you to the organisers, Ryan and Gabriela Opaz from Catavino and Robert Macintosh from Wine Conversation and to the Wines of Austria for giving me this opportunity to know more (much more) about the viticulture and winemaking in this small country, many times far away from my tasting buds.